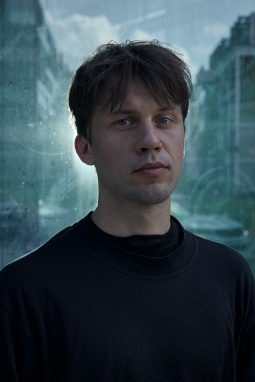 As part of the Artist-in-Residence Programme Q21/MuseumsQuartier I would like to write a script, which would develop the themes of the on-going project F0 – F6 (2017 – present).

In 1956, Colonel Karel Hartl made a request to create a new canine service breed for the needs of the Czechoslovak Border Guard by crossbreeding a dog with a wolf. The beginning of breeding dates back to May 26, 1958, when five puppies were born in the kennel of the border guard Libějovice in South Bohemia, of Brita, the she-wolf, and Cézar, the German Shepherd from Březový háj. Thus, the first phase F1 was created, leading to an animal that should have gained the status of a national breed.

Czechoslovak wolfdog– embodied border of a non-existent state, unknown creature, which is no longer a wolf and is not yet a dog. For me, this event constitutes a starting point through which I develop ideas on identity, territory, and dualistic thinking.

I suppose that during their childhood, everyone at some point had childish visions of keeping horses on the balcony, dolphins in a tub or of taming a tiger. Some people however attempted to make them a reality.

The script will reflect the motives of a person who sets up a pen for some animals which markedly look like wolves on his property situated in a small village. One day, the owner disappears without a trace.

The ensuing situation sees the owner and his animals become viscous subjects who are modelled (constructed) through the interpretations and interests of the villagers, nature conservationists and the owner’s family, all without themselves having any say in the matter.

Did the animals eat him? Was he being blackmailed by neighbors? And what to do with the pack? Put them all to sleep, or save them?

This backdrop will provide space for developing questions of nature conservation as an arena of conflict and about the romanticization of wild animals which return our gaze.

Over the course of the residency I would like to contact people who work in the field of predator breeding as private entities and are devoted to their preservation. This is so that I can better understand the issue as the approaches to the matter differ depending on the geopolitical context of Central Europe.