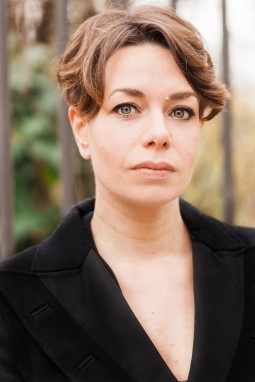 Not knowing when the dawn will come
I open every door;
Or has it feathers like a bird,
Or billows like a shore?
(Emily Dickinson)

The project is an exploration of the dreams of blind people. I would like to conduct a series of interviews with people who are born blind about the form of their dreams. Do they imagine any kind of visuality at all? What do their dreams sound like? And how do the narratives in their dreams take shape, given that they are not based on visual imagery? I will conduct these interviews before and during the residency. The interviews will then serve as my core material for a play, which I will work on during the residency. I am especially interested in the functioning of narrative, which is not based on imagery, but relies on different forms of sensual memory.

Katharina Schmitt was born in Bremen in 1979. Between 2001 and 2006, she studied theatre directing at the Academy pf Performing Arts (DAMU) in Prague. Ever since, she has been writing texts for performances and directing plays at theatres in the Czech Republic and throughout the German-speaking parts of Europe. She is an associate director of the Studio Hrdinu theatre in Prague, which focuses on the connection between visual arts and theatre. Her plays were so far staged in theatres in Jena, Stuttgart, Oldenburg, Leipzig, Berlin, Hamburg, Wiesbaden, Bielefeld, Krakow, Prague and New York and have been translated into English, Czech, Finnish and Polish.