Report on the Construction of a Spaceship Module

A project by tranzit.org in the framework of the Museum as Hub program of the New Museum, New York

tranzit.org
Tranzit is a network of autonomous but interconnected organizations based in Austria, the Czech Republic, Hungary, Romania, and Slovakia. Tranzit organizations actively collaborate with artists, other organizations and between tranzit offices to produce art historical and curatorial research, exhibitions, and new commissions. The work included in the exhibition forms a loose and actively debated retrospective of their ten-year institutional history, providing a look at the position of art, geography of institutional collaborations in and from Eastern Europe through the lens of their organization.

Exhibition at the 5th floor of the New Museum
The visitor entering the fifth floor of the New Museum will find herself in the simulated interior of a spaceship. The exhibition offers an allegory of “anthropological science fiction,” where the exhibition space opens screens/windows to an estranged and exciting universe that dramatizes the cross-cultural translation involved in the presentation of art. The unique model evokes the challenges that contemporary artists experience in exhibiting works, or that curators come across in organizing exhibitions that stitch together diverse art, selected across generation, cultural context, personal narratives, and time.
On view in and around the spacecraft will be in three main section: artworks, commented archives, research and book projects using the screens as windows transmitting information from another world. Stepping off from the elevator into the Spaceship Module, the visitors will meet a digitized selection of artists and cultural archives inside the Archeology of Futures Lab (AFS). Originating from tranzit’s ongoing research projects, video screens will display particular moments and elucidate the motives of various forms of cultural production from Central and Eastern Europe, as they resonate in multiple geographies. The Main Communication Room (MCR) will be an interface that allows visitors to meet artists and cultural producers with whom tranzit have had an inspiring continuous or long-term collaboration—in one way or another, they’ve had a fruitful sharing and development of ideas. In the depot of the spaceship, in the Multi-Purpose Logistic Module (MPLM) fifty-plus artworks - object, painting, moving image, print, and installation – products of the „shape of time” by artists hailing from cities around Eastern Europe, notably Vienna, Prague, Budapest, Bucharest, and Bratislava will be stored.
The spacecraft’s interior will also be used for conversations with participating artists, other curators, and critics—these discussions will be open to the public.

Opening: January 23, 2014, 6 pm
The tranzit.org spaceship will start his journey with a series of performative interventions by key artists from Central and Eastern Europe: Josef Dabernig, Jiří Kovanda and Boris Ondreička will present unexpected encounters and a mapping of an alternative psycho-geography of past futures present.

Public Programs
A conference, with two sessions: “Futures of Eastern Europe,” and “East European Sci-fi” will take place on January 25. The conference will include a series of critical discussions exploring the ideological role that outer space played in the Eastern Bloc during the Cold War. Another session will feature a series of lectures and debates by a young generation of curators and intellectuals, who will pose key questions related to art emerging from Central and Eastern Europe today. Participants include: Ivana Bago, Cosmin Costinas, Éva Forgács, Kate Fowle, Ana Janevski, Deimantas Narkevičius, Nataša Petrešin-Bachelez, Tomáš Pospiszyl, Jelena Vesić, and Anton Vidokle. The conference is accompanied by a day-long science-fiction movie marathon that is taking place on January 26.

About Museum as Hub
Museum as Hub facilitates exchange and dialogue around international art and ideas. Founded in 2007, the initiative includes exhibitions on the Museum’s Fifth Floor, as well as residencies, commissions, public programming, and editorial and digital projects. Through support of contemporary art practices, the Museum as Hub aims to catalyze future exchange and collaboration around the world. Since its launch in 2007 by the New Museum, the Museum as Hub initiative has worked closely with a group of founding partner institutions to produce diverse programming at the New Museum and internationally. For more information on Museum as Hub and partners, visit newmuseum.org/museum-as-hub.

About the New Museum
The New Museum is the only museum in New York City exclusively devoted to contemporary art. Founded in 1977, the New Museum is a center for exhibitions, information, and documentation about living artists from around the world. From its beginnings as a one-room office on Hudson Street to the inauguration of its first freestanding building on the Bowery designed by SANAA in 2007, the New Museum continues to be a place of experimentation and a hub of new art and new ideas.

Artist travel is provided, in part, by the Trust for Mutual Understanding

Museum as Hub is made possible through the generous support of the Robert Sterling Clark Foundation. Artist residencies are made possible by the Ford Foundation. Support for Museum as Hub and public programs is provided, in part, by the New York City Department of Cultural Affairs and the New York State Council on the Arts. Additional support for artist residencies is made possible by Laurie Wolfert. Endowment support is provided by the Rockefeller Brothers Fund, the Skadden, Arps Education Programs Fund, and the William Randolph Hearst Endowed Fund for Education Programs at the New Museum. Education and public programs are made possible by a generous grant from Goldman Sachs Gives at the recommendation of David B. Heller & Hermine Riegerl Heller. 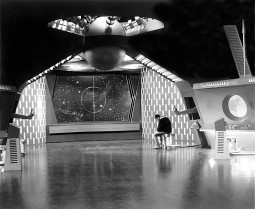