The book is part of a new movement of contemporary French literature (A. Ernoux, E. Louis), situated on the border of autobiographical writing, sociology and political science. It stems from the very personal experience of women authors or sexually minority authors coming from the proletarian "lower class" whose education opened them the intellectual world in the happy years of the Mitterrand era. From an undisclosed class perspective, the world of knowledge and culture appears to be a highly socially segregated and hierarchical environment, which in fact remains accessible only to the middle and upper classes.

The book analyzes the causes of class exclusivity in education, knowledge and culture. It offers a solid reflection on the current distrust of the intellectual elite, the ruling class, the anti-nationalist and pro-European political direction, which may also serve to explain the rise of nationalism in the former Eastern Europe bloc.

Returning to Reims is undoubtedly one of the most important sociological and theoretical-critical works of the present day.

Notes
Didier Eribon is professor at the Faculty of Philosophy, Human and Social Science at the University de Picardie Jules Verne in Amiens. He also taught at the University of Berkeley (USA). He is the author of a number of publications: Insult and the making of the gay self (1999), A Lifelong Interest: Conversations on Art and Science (1993) in coversation with E.H. Gombrich, The Conservative Revolution and its Impact on the French Left (2007) and many others. In 2008, he became a laureate of the Brudner Prize, a prestigious prize awarded annually by Yale University. 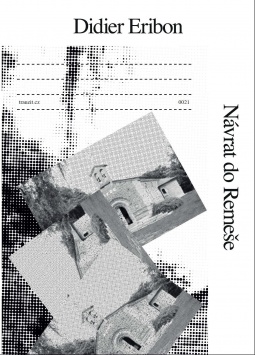