The booklet is accompanying the exhibition Sitting Together, which focuses on the 1970s, the period of Normalization and evokes events and juxtaposes documents from the Czechoslovak, Hungarian, Polish and Yugoslavian art scenes determined by different versions of state-socialism and capitalism, the changing political control of art events and the shifting distinction between mainstream and parallel culture. “Sitting Together“ has grown from the project Parallel Chronologies (2009-) featuring a genre, chronology, which plays a significant role in transforming atomized events into histories and canons, especially in the case of the art scenes in Eastern Europe. The booklet describes three topics discussed in the exhibition, which are addressed as coincidences between local versus international, individual versus collective, and self-organised versus state-run. The revisited events and projects include the 1972 Balatonboglár Meeting of Czech, Slovak, and Hungarian Artists organized by László Beke, Works and Words (de Appel, Amsterdam, 1979), Grazing a Lamb organized by Peter Bartos (Bratislava, 1979), and the educational and participatory activities of Orshi Drozdik (Budapest), Ľubomír Ďurček (Bratislava), Anna Kutera (Gdańsk), KwieKulik (Warsaw), and Grupa 143 (Belgrade). 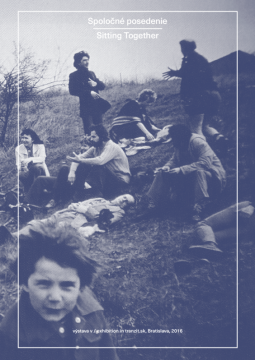